Well the Citadel DLC is coming after all, as those leaks said it would.

I know some will continue to speculate and ponder after this drops, but for many others, this is like a 'last chance' for Bioware to acknowledge the truth about the ending and their plans for Shepard in the rubble.

For many this will be a deal breaker, and, as I'll be away for a while and probably won't be back until after everyone has finished the new DLC, there's a chance that this place won't be as lively afterwards. Sure, there's always a chance that this isn't the end, but at the very least, this DLC represents probably the biggest milestone in the history of IT. There likely won't be a bigger one til Mass Effect 4.

Wanted to say that it was a pleasure getting to know you lot, and that without you all, I wouldn't have had the opportunity to talk about all the cool thongs they did with the story in the Mass Effect games. For me ME3 was great, and I was compelled to come online and find out what loads of other people thought about it, something that I've never felt the need to do for any game before.

I was gonna make a thread about how I saw the ending one more time, but I guess it's a little late for that now. I think my understanding is little or no different to the WNT. In brief, Earth is filled with some hallucinatory elements... Shepard makes it to the Citadel and confronts TIM and Anderson (they could be real or imaginary)... the decision chamber is a complete hallucination, with symbolic visual aspects, as a near-dead Shepard barely wakes up in front of the Citadel's control panel, under an intense Reaper indoctrination attempt... each chamber choice represents a real-life action on Shepard's part, in front of that control panel... and the breath scene takes place in or around the demolished control room (which I assume is somewhere near or inside the Presidium Tower).

It does leave a lot of the silly things like the conduit run to be the result of Hollywood-style action hero luck/invincibility, surviving against the odds, which obviously just won't do for a lot of players, but it is a video game and it has had these kinds of moments before at the end of ME1 and ME2, so I don't mind overlooking them.

If it is all a dream, then personally I'd imagine it to start at least before landing on Earth... Ash's "It doesn't even look like Earth... looks like... Hell" springs to mind.

Anyway, whether they leave Shepard in the rubble or not, I hope you lot will still be around after to chat about all this stuff. Sometimes it got heated, but mostly it was loads of fun listening to all the different ideas and opinions you had about the game, its themes, and of course about the ending. No doubt the new MP content will keep a bunch of you around as well, and I especially enjoyed chatting to you guys over the mic.

So yeah, good luck guys, it's been a privilege getting to know you individually and as a community and I hope you'll still be here when I get back.

We'll be around Davik. Here, ME3 multiplayer, even on the BSN.

The Indoctrination Theory is a valid interpretation of the ending. Whatever Bioware choose to do, it always will be. 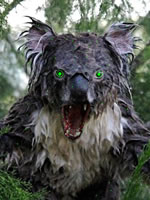 It's been an honor.

Davik. *nods*
_________________
Renegade Shep's response to Starbinger the Reaperbieber stating that destroy would wipe out all synthetics:

https://www.youtube.com/lex0r
"I like to think about the first law of thermodynamics, that no energy in the universe is created and none is destroyed. Every bit of energy inside us, every particle will go on to be a part of something else. And every part of us now was once a part of some other thing." 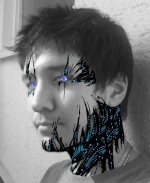 I will be here! I can not resist

But in all seriousness there is still multiplayer and BioWare know they have a major group...sory "Vocal minority" that love speculations.

If they don't do anything with ME 3 there is always the prospect they do something similar with a future game or other companies do.
_________________

is Blue Assuming control This hurts you 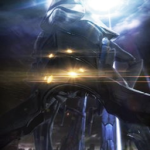 I aint saying no showy crap, like later buddies or something lame like that. Ill be seeing you on the other side everyone!

"This isn't goodbye. You have to believe we're not done yet."

"Today we win our future!"

"These aren't our last hours. I'm fighting this war to win it."

You are a good man, Davik, and you are always a pleasure to have around.
_________________
Assume everything has value until proven wrong. Sometimes that doesn't take very long.

Similar topics
» Any of you guys go back to BSN?
» Seen any good movies lately?
» Transhumanism is good, but Synthesis is a trick. That is the position of a cynic and a critic, not a luddite.