I think I finally figured out the meaning behind the Overlord mathematics. I've been wracking my brain behind the reason for its use since Overlord came out and I can't seem to find another reason for the numbers other than what I will explain below. What I'm asking for is the non-literal meaning of why the writers would choose that character to recite the numbers. I already get the reason literally why it's included.

I believe these are the only numbers David Archer ever repeats. Someone once shared they were tied to emotional states since he can't communicate effectively but I'm not so sure. Particularly why he believes 912.04 = 30.2 as it all seemed harmless. What was he referring to?


I did notice a couple of patterns.

The only thing I can think of is the Geth Heretics have an error in their code so when David Archer interfaces with the Geth, he too inherited the error code. It's a very subtle error that causes a "mistake" in his pattern. Therefore instead of getting a clean even mathematical number, he ends up with a slight error causing a number that no longer equals what he knows is the right answer.

The Geth error code is based on the Pentium problem where under smaller decimals, the error pops up such as the above. For larger decimals, there's no noticeable error. In the Geth's case 4195835/3145727 = 1.33382 however the error in their software causes the same problem 4195835/3145727 = 1.33381 (a change in the rounding value of one of the two numbers in the fraction. Small enough to not be noticeable but large enough to impact computations that require precise calculations.

The Geth error I had figured out a while ago and did a post on that but it was until now that I've finally found a link between the Geth Heretics and David Archer's mathematical series.

The reason 912.04 = 30.2 all seemed harmless was because the error was so small that at the time David was hooked up it wouldn't have caused a problem for his brilliant mind to keep up with the correction for the error but like the Geth, David's mind couldn't stop error correcting after the error grew in size and suddenly impacted larger calculations and he too ended up like the Heretics believing that someone could "fix him." The solution was simple for the Geth, a mathematical indoctrination doing whatever Sovereign wanted since Sovereign held the "correct" answer by having introduced the virus that caused the error in the first place. Ditto for David but instead he went crazy believing in anyone who could free him from his mathematical torture. In the end it was Grissom Academy that held the "correct" answer.

This all likely isn't perfect but its a step in the right direction to help explain the Geth communication, the Heretics, David Archer, Synthesis, and indoctrination via mathematics and errors.
_________________
"I'm Commander Shepard and this is my favorite forum topic on the Citadel."

As I said in the main IT thread, this is really interesting since Indoctrination through slight math errors is already established as fact for the heretics. 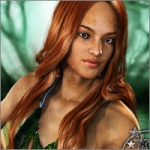 You know that the equations are meant to be:

Nice work, I always wondered that too! 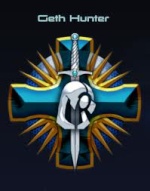 I'm confused as to the implications of all this.

What exactly does it mean?
_________________
"A good leader is someone who values the life of his men over the success of the mission, but understands that sometimes the cost of failing a mission is higher than the cost of losing those men." - Anderson

I think it basically means that the merged VI/Organic computer was stuck in an infinite conflict loop.

The human mind essentially stops the VI from continuing long/infinite calculations at a low level, and thus it effects higher level calculations since the numbers are now wrong.

The example shown (912.04 = 30.2) is a simplified 'human' answer to the problem. Calculators auto-simplify certain calculations for human usage - the answer isn't actually 30.2, its a longer and slightly larger number. But the VI won't accept it, and keeps forcing a recalculation loop, and the organic mind forces the VI to use the incorrect number for higher calculations.

Basically both sides are fighting each other, and its destroying the mind created by the two.

At least I beleive that's the jist.

This partially supports my idea that the Geth are but baby Reapers. No, I'm not going into great detail this time, as it is more based on a 'thematic feeling' :P

Something screwed up in the recipe for AI, and it needs to be fixed. Hopefully this upcoming DLC will explore this.

<--------------my head
_________________
"You thought you were so special? Better than everyone else outside this room? You traded your freedom for the luxury of feeling superior. You accepted the group's will over your own conviction, no matter who you hurt. You thought you were just "going along for the ride", and you could just walk away at any moment. But where were you heading? How far would you have gone?"

Great post! It is a very interesting perspective on something I basically brushed off while playing. I look forward to playing Overlord on my next run. Thanks for putting in all the effort to share it!
_________________
Prelate and Apostle of the Church of Refuse

I kind of get what Andro is saying, but I guess it's simply the fact that I've only played Overlord once.

Can't wait to do it again!
_________________
"A good leader is someone who values the life of his men over the success of the mission, but understands that sometimes the cost of failing a mission is higher than the cost of losing those men." - Anderson

I may have undercomplicated it, honestly.

But regardless, there was something similar in Star Trek with The Borg. Star Fleet works out there's an error in Borg code language where a including a minor error into data the assimilate would cause an infinte processing loop which would cause major problems to the hive mind as it expends more and more processing power to attempt to work out the problem. It wouldn't cause any degree of control of the Collective, more disrupt it to the point of it not being much of a threat anymore.

However that plan was scrapped (I can't remember why exactly). But its a similar thing to Overlord, I believe.

Gavin Archer: "How are you doing today?"

May have misheard the numbers though.
_________________
Child: The cycle will end, the Reapers will cease their harvest, and the civilizations preserved in their forms will be connected to all of us. 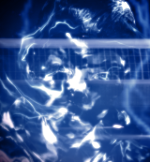