Damn...what if all the things Javik told us are actually about our own cycle?? It is his mind telling him inside of his memories what will actualy happen?

But i gues it is just the memories of the protheans, the cypher that tells you this facts -since the pattern does repeat itself. But then again.... remeber that time Javik tells Vega a joke? What if all his names and things are made up as well - it is just fears of what might happen? Worst case scenario - that can come out of the best case scenario? Like the Zha and Zhatill? Or, or Javiks comment on the rachni? and genophaage? He is fail sheppard - and he has only one solution - destroy the problem for good - to make sure it doesn't come back - that closes him down for a lot of possibilities on the off chance that something might turn out good somehow - like the peace between the quarians and the geth. Or curing the genophage. Or saving the rachni. That is why javik is a fail shep - he is not willing to take a chance when it is possible. He IS Shepard that wasn't willing to take chances.

And by the way - the pyjack - is the player. "they will work marvelously together. Once the pyjack stops scaling the set pieves, and making nests out of the props. Not to worry. Productions always appear do be disastrous, until just before the certain rises. I won't lie. I've got a good feeling about this one."

"Macbeth shall never vanquish'd be until / Great Birnam wood to high Dunsinane hill / Shall come against him." - tha could also possibly hint that in the next ME game player will get a new character (pyjack) - who will face shepard as the main villain. But i hope we won't have to wait till the next game. Since the whole DLC deals with the concept of shepard fighting himself - i really hope that this will come before that. Because Macbeth is not Pyjack's story - it is Macbeths' - so this makes it still part of Shepard's story - and shepard's story is the Trilogy.

On a mostly unrelated but comical note: All the points here remind of one of my favourite Red vs Blue episodes. 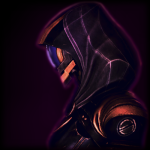 demersel wrote:Yes he does - it is Shepard spliting his memories of the failure away from him. Have you noticed, that if you bring javik to thessia - he says Shepard's renegade lines, while shepard himself is left with only paragone ones, or blindly reluctantly agreeing with javik? If Javik isn't there - he says those lines himself.

That actually doesn't mean anything aside from Bioware giving Javik a role with something.

My speculation is on hiatus until likely at least this weekend. I'll be taking a break from the weird negativity on this board until then. Nothing against pretty much all of you, but I'd like to live my life positively, not complaining about a video game company.

Inspired by recent events, I recind my complaints :)

BansheeOwnage wrote:
@Mikey, what the hell did you just respond to?

Nobody, I just remember someone bringing it up here way back, and I only just read up on it. :)

I was just explaining a theory to a friend today about how, what if, the Crucible is pretty much a reality generator (MATRIX), but Shepard is experiencing it as something else (INCEPTION), and being manipulated into choosing certain ways (INDOCTRINATION). The Catalyst may not be outright lying, but almost every sentence is a lie of omission, or manipulation, or passive discouragement, and so on.

So Synthesis is 'real', but not in the way we're seeing it, because Shepard died (not enough will to survive). Our only solice is the Citadel dream world, where we can stay with our friends forever (the Green/Blue 'token prizes').

We only wake up in Destroy, and we see what TRUE effect our choice made, and what happened after it.

In effect, the Starchild/gazer scene is the last scene - true either in a dream sense, reality sense, and symbolic message from Bioware. And 'DLC'/expansion (I have about a couple weeks left of hoping, lol) will just 'fill in the gaps'.

If all of ME3 was a gradually fraying dream-illusion, then we may have had the true finale blocked off in Shepard's mind, and an expansion would clarify it - like how Dem theorized some of the Arena levels possibly foreshadowing true events that happen, but Shepard can't 'remember' them yet.


I mean think about it - if Shepard is nearly dead in rubble, how can he be in fighting shape for any immediately future content? What if the Breath is AFTER some 'blocked off' levels, and Shepard is on Earth dying, after something happened in those?

Looking at the DLC, it's possible to me that Leviathan+Citadel foreshadow a depth to the story that the main story refuses to enter, involving 'other stuff' happening with the Leviathans, indoctrination, and more. This wouldn't be 'Shepard's Story', or technically of the 'Mass Effect trilogy', but in fact, the story of the games to come.

What if the Crucible is, indeed, a weapon to destroy the Reapers, but the METHOD of doing so, is much more complex than the 'Reaper off switch' we've been presented with?

From email to my boyfriend:

Here's the lyrics to Starchild. :) You won't get it, but what I'm trying to show that a game story could have both INCEPTION (dream) and MATRIX (simulated world) and MORE (like I said, http://en.wikipedia.org/wiki/Omega_Point) concepts, in one story, together.

(Starchild is also another word for Nephilim, the spawn of humans and angels.. or at least the idea that humanity mated with aliens, long ago. While Bioware never called anything 'Starchild', they did call one character 'Child' and the other character 'Stargazer', leading to most characters to immediately make the connection and name of 'Starchild' for the boy, in general (in the dreams, Catalyst, and ending scene))

My idea is that Shepard already used the Crucible, but since he's trapped under rubble and under the whims of some entity (Harbinger?), the simulation he's in, is keeping him from remembering what happens on London and after.

Bioware employs the 'unreliable (self)-narrator' trope as the whole game consists of going through Shepard's memories, some fabricated, to make his choice. The dream is reality and the reality is dream, due to the possible nature of the crucible.

In possibly a 'first timeline', Shepard may have lost everyone. The woman on the Citadel desk may have died. Tali may have been lost on Rannoch. Etc. But, using the Crucible, you "But I will make the time run backwards and I'll make the stars shine again" You become the 'Creator' (Omega Point) and essentially write out the Reapers from the galactic equation. You break the Cycle.

Essentially, you make a universe where the Reapers lose, at least in Destroy.

But in the end, I don't think this has happened 'yet'. The hints at a time distortion caused by using the Crucible ("Published years ago by Dr. Conrad Verner, this doctorial dissertation on xenotechnology is a lengthy but intriguing argument that dark energy causes a minute but empirically observable difference in the passage of time. Hotly debated when first published, the paper's theory is supported by recent data.") may mean that Shepard uses this distortion in order to fuck the Reapers up, somehow. That's the part we're missing :)

"The powerful array salvaged from the Hercules system can be used for something much more ambitious: the Crucible tunes into the mass relays' command switches. Installing the interferometric array into the Crucible's systems results in a real-time map of the entire galaxy, including the position of each and every Reaper in the Milky Way."

Reapers clearly don't look like they're landing, but instead are hitting Earth "at ramming speed".
(NOTE: Emily Wong died in an official Twitter Roleplay by Bioware, where her last words were: http://fuckyeahemilywong.tumblr.com/post/39725847949/emily-wong-go-on-make-your-noise-try-to-scare)

There is also a play called "The Crucible", and it's interesting to read the wiki article on it:
"The word crucible is contextually defined as a metal container in which metals or other substances are subjected to high temperatures. Each character is metaphorically a metal subjected to the heat of the surrounding situation. The characters whose moral standards prevail in the face of death, such as John Proctor and Rebecca Nurse, symbolically refuse to melt. "Crucible" can also mean a severe test, which most characters face in the play."

So the thing that 'ITers' missed, according to Bioware, would be that it's not just Shepard being indoctrinated, but in fact *everyone* is under influence. They all (Reapers, Leviathans, Alliance, Cerberus, your friends) all have plans for the Crucible, and because they do, it increases the importance of it, and traps them all within it, once it gets 'activated' (in the present, or future?). They ALL enter 'mind prisons', and are bound by its rules. We all make our own tests.

Even your allies may have gotten stuck in it, and that is the Homeworlds comic you bought me :)

So the Reapers are all dying (maybe not all of them), and that triggers the thing I showed you in the Homeworlds comic, of Shepard's allies around the London rubble, during daylight, possibly searching for your body. And you'll be alive, if you picked Destroy. The other endings already happened in the base game, but since Shepard isn't alive, it's not worth it for Bioware to show those alternate worlds (just as Shepard dying in ME2 means he won't import to ME3).
Destroy = 'winning'

Similar topics
» Wrex on the Citadel DLC?
» Post Citadel Plans
» The Citadel is an indocrination tool
» Did the Citadel DLC provide any IT evidence for/against?
» Caption This (Citadel Version)