What ending did you FIRST choose? (first playthrough)

*Note: Poll contains Refuse, but only pick it if your first play-through of the ending was post-EC. For fun, we should look at first impressions ONLY. :)

http://social.bioware.com/forum/1/topic/355/index/16371343/1
Anyway, inspired by a thread on BSN, I wanted us to share our Shepards as they either:
1)Go kick ass in ME3, but for reals this time
2)Go into another game, in some form
3)Never EVER return, and this is IT, nothing more


This isn't my first playthroughs, but more refined, possibly NG+ playthroughs on Hardcore or Insanity.
A problem with the current playthrough of ME3 is that I'm romancing Cortez instead of the intended Kaidan. I missed up somewhere! But I'll maybe play again, returning it back to Kaidan.

To my eternal shame, Synthesis was my first choice. Probably because it seemed the most inclusive and happy - organics and synthestics all sitting around the camp fire singing Kum By Ya, all that shit.

Then I saw the cyber-trees. And Joker's hat. AND THE EYES! THE HORRIBLE, HORRIBLE EYES!

So, yeah that was a kick in the teeth.

Otherwise I was a pretty standard paragon soldier shep. Default "Mr Cheekbones" appearance. Saved the queen, rewrote the Geth, blew up the base, cured the genophage and reconciled the Quarians and the Geth. Romanced Kaidan (kudos for finally adding these options Bioware).

I find it hard to be evil in RPGs, with the exception of games like inFamous where it's expected.

Destroy even the first time seamed right, i can't even remeber what i tought that afternoon...but i don't know, i didn't even questionate for a second the blue and green before going with the red ending

Picked High-EMS Destroy the first time, but didn't get the breath scene since I didn't play MP at the time (this was pre-EC)

ME2
Veetor: Returned with Tali
Kal'Reegar: Alive
Conrad Verner: Alive (kicked him in the quad 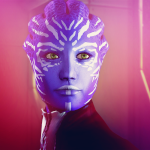 OOPS. I voted Max EMS destroy without realizing it was for the FIRST time ever.

I meant High EMS, because I didn't have 100% readiness Pre-EC because the first time I played it was thanks to a friend who hadn't played online enough to get 100%
_________________
Life is chaos itself. Organisms appear and evolve as a mere byproduct of thermodynamics. 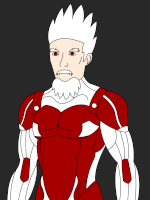 IronicParticle wrote:OOPS. I voted Max EMS destroy without realizing it was for the FIRST time ever.

I meant High EMS, because I didn't have 100% readiness Pre-EC because the first time I played it was thanks to a friend who hadn't played online enough to get 100%

This is one of those 'meh, close enough' kinds of situations.

I guess it would matter if you picked Destroy when you meant to pick Control or something.

Okay, so these lists with decisions and stuff... do they apply to your first ever playthrough or your 'canon' playthrough, or your most recent?
_________________
"A good leader is someone who values the life of his men over the success of the mission, but understands that sometimes the cost of failing a mission is higher than the cost of losing those men." - Anderson

DoomsdayDevice wrote:Okay, so these lists with decisions and stuff... do they apply to your first ever playthrough or your 'canon' playthrough, or your most recent?


The poll is just for fun, for your 'first impressions' of ME3. The thread itself is about what you wanted for Canon. 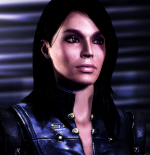