A Translation of the Final Decision Chamber

A Translation of the Final Decision Chamber

Hey Everyone! This is one of my earlier Mark 3 posts that people enjoyed but not enough really was able to read it before it floated away in the forums. I post it here for all your enjoyment! I went through and had to re-do all the bolds, underlines, and italics. I hope I caught them all. I have a tendacy of missing a few. To add, I am making an assumption that you are talking to yourself because the AI that we see as the kid is really all those fancy implants TIM installed and the Reapers are manipulating you through them

Catalyst/Implant Conversation – with my ideas about the double meanings underneath most lines . The conversation is also based on whatever choice the video made

My assumption based what I said earlier - You've already been co-oped by the Reapers because they manifest themselves into the image of the kid via your implants. Remember how much easier it was for Sovereign to co-opt Seren once he was implanted.

Then it's decision time. You've got four choices but only one is the right one. Your mind’s been screwed over so bad you’ll pick the wrong thing because of what?
Say it all together:

Reaper "indoctrination" is an insidious means of corrupting organic minds, "reprogramming" the brain through physical and psychological conditioning...leaves the victim highly susceptible to its suggestions....A Reaper's "suggestions" can manipulate victims into betraying friends, trusting enemies, or viewing the Reaper itself with superstitious awe
_________________
"I'm Commander Shepard and this is my favorite forum topic on the Citadel."

CmdrShep80 wrote:Implant AI – Your crucible device appears to be largely intact however, the effects from the blast will not be constrained to the Reapers. Technology you rely on will be affected but those who survive will have little difficulty repairing the damage. There will still be losses but no more than what has already been lost.

in one post you just completely validated Literal Destroy for me.

does the dialogue for this change at lower EMS? 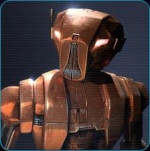 Lol it was always in the ending. It just gets cluttered by the dislike for the kid and the anxiety and pressure of choosing something. Though the focus at the time was why destroy does not result in losing everything the kid claims because he contradicts himself in that line you quote with the other one where all synthetics will die and besides if he is harbinger, then why would he lie...to get you to choose synthesis

You're welcome by the way