Just had an epiphany of sorts, dealing with a thread on the BSN about how or why the Brat is a Deus Ex Machina or not, anyway that's not so much important as the actual thought.

I made a statement that the ending couldn't really be foreshadowed, that the Starbrat just popped out of nowhere with three seemingly random choices, but we all know that TIM = Control and Saren = Synthesis. So, looking at the build up to the chamber through those two ideals, the ending can easily be foreshadowed as .. well, what we here know it is. Stick to our ideals and destroy the Reapers, or fall to the side with the past two "great leaders" who wanted to save the galaxy.

TIM wanted to save as many humans as possible and push them to the apex of what they could be.

Saren wanted to 'Save more lives than have ever existed' by joining with the Reapers and proving the worth of organics. They were both looking to save people, but obviously were driven off course, their ideals to save others, or use the Reapers for their own benefit became their undoing.

Anyway, my point in what hit me was that the ending choices could be foreshadowed in a sense if we look at it as Harbinger doing his best to twist Shepard's ideals.

*shrug* Kinda pointless and stuff we already know, I guess. 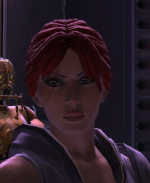 Already know this, yes, but it's still a good observation! 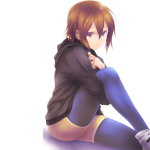 I figured everyone did, I mean, the details. I don't know exactly what I was trying to say.

PSA for the day:
Don't take sleeping pills and read forums and post.

Similar topics
» A Translation of the Final Decision Chamber
» GameTrailers.com Delivers "The Final Verdict" On ME3 Ending