I think that was all of them...they announced the release dates as well.  But I couldn't remember all of them.

EDIT: This was stretching over the next five years if I remember correctly.
_________________
Renegade Shep's response to Starbinger the Reaperbieber stating that destroy would wipe out all synthetics:

These are the release dates:

I guess it is especially important, when the goal is to establish a long-running continuity (though I bet that the 2020s, if it gets to that point, will have to replace most of the main actors, etc).

Civil War eh? If it's based on the comic crossover arc of the same name, hopefully they make it, y'know, so you don't want to claw your eyes out from the stupid.

RavenEyry wrote:Civil War eh? If it's based on the comic crossover arc of the same name, hopefully they make it, y'know, so you don't want to claw your eyes out from the stupid.

So Scarlet Witch and Quicksilver are working with Ultron? I was under the assumption they were gonna help The Avengers. Also, Chris Evans is looking like he'll be the first to go. Excited to finally see Thanos actually kick ass well..in 2018-19. I also think Ultron is gonna be a fantastic villain. James Spader is great.

The new Batman is half Robocop, half Ironman, and half Peter Cottontail.  But not a lick of Batman.

Rifneno wrote:The new Batman is half Robocop, half Ironman, and half Peter Cottontail.  But not a lick of Batman.

You've got some stones DC, but FemThor lowered the bar pretty fucking low.  You're gonna have to REALLY suck to be the worst comic book idea of this era, and I just don't think you've got it in you. 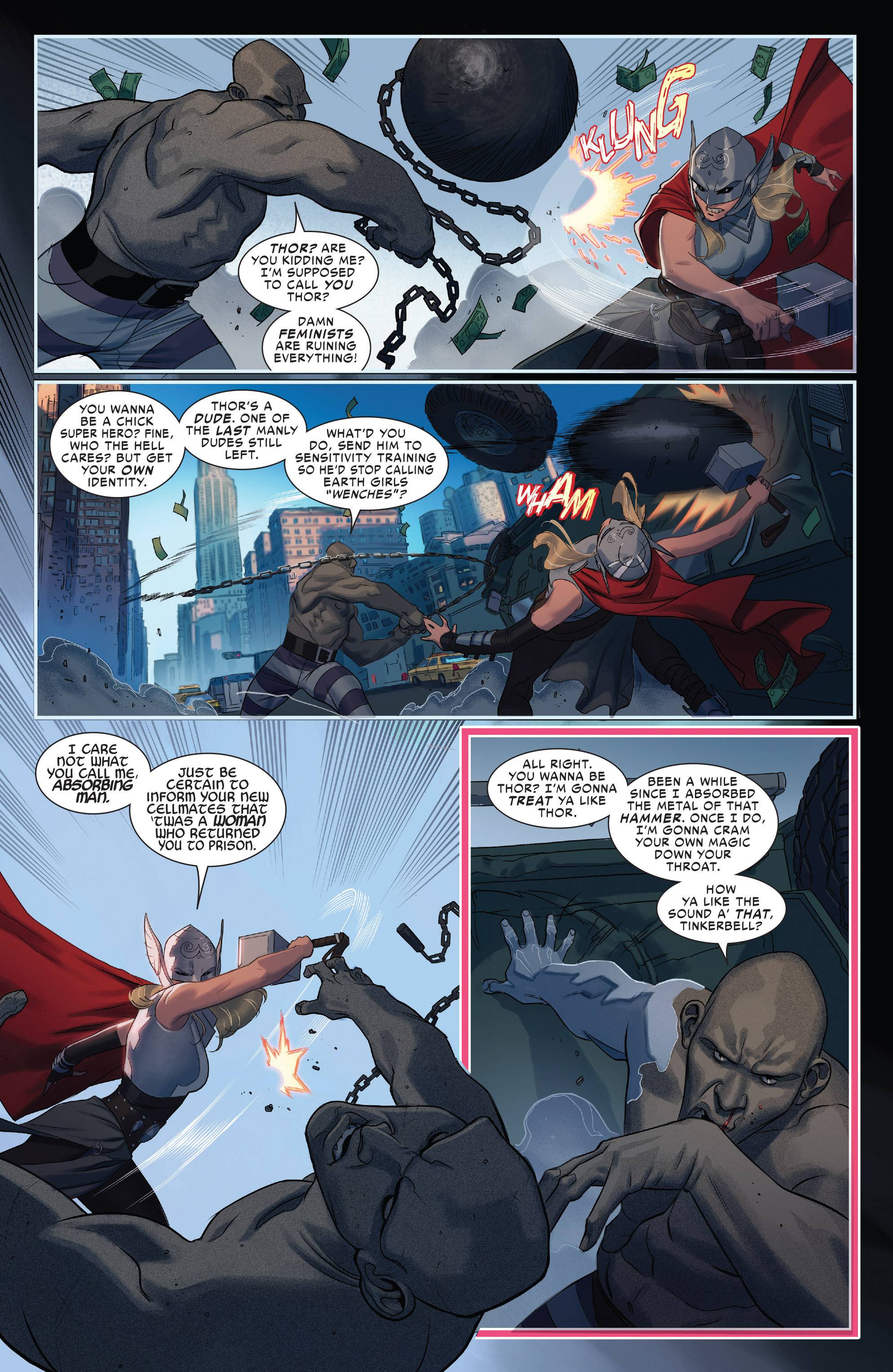 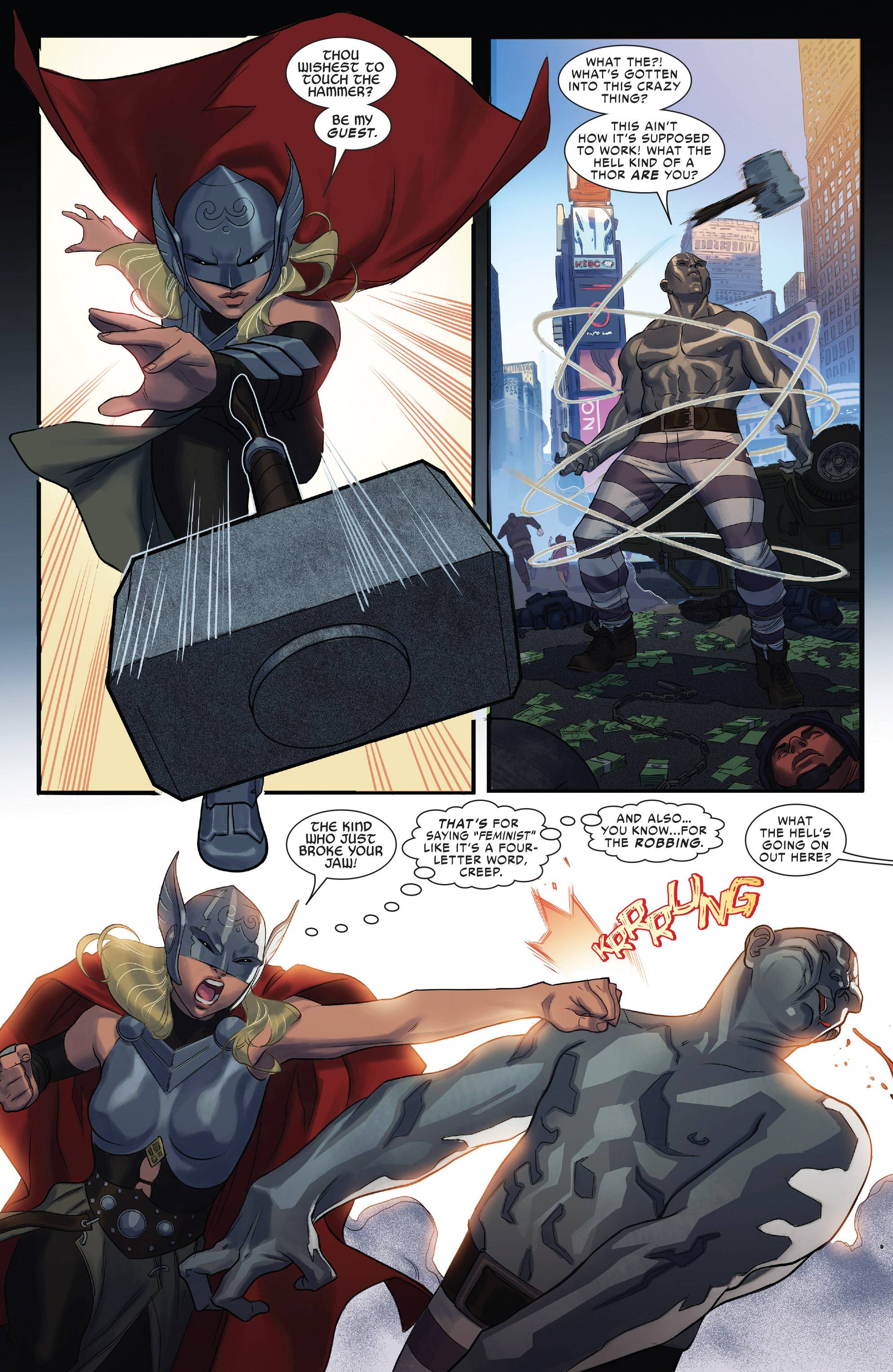 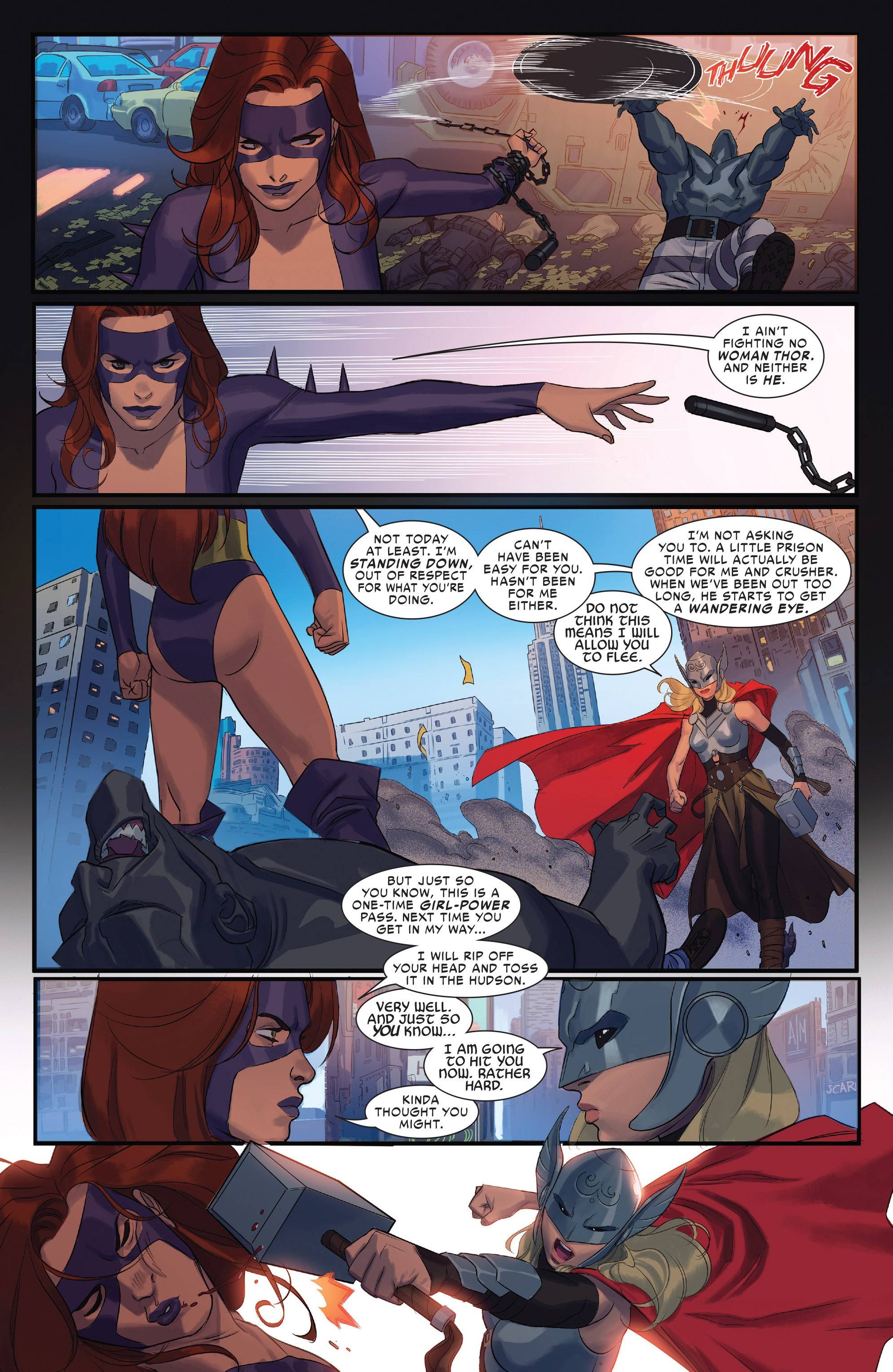 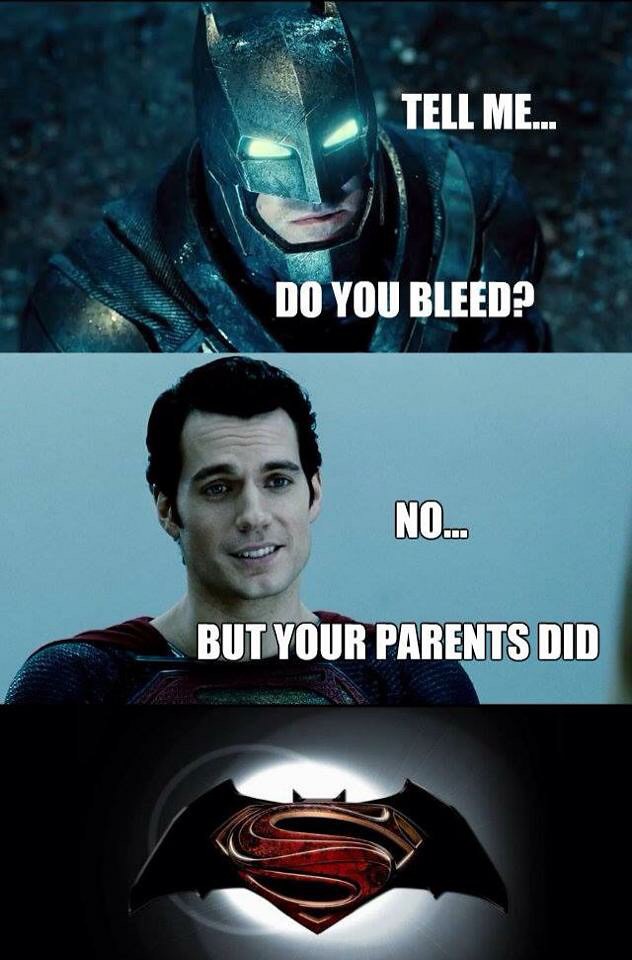 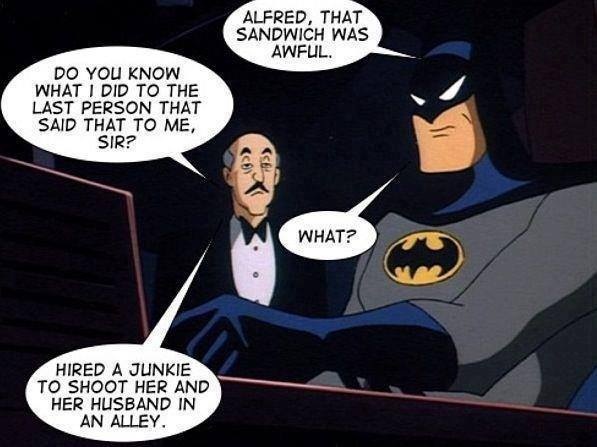 I keep getting into arguments with people over the Dawn of Justice movie.  Specifically, whether it's not amazingly stupid to suggest Batman has any reasonable chance against Superman.  "BUT TEH PREP TIME"

Most of the problem seems to be this asinine rumor that Bruce has beaten Clark over and over in the comics.  In their 75 year history, every battle has either been a draw or Clark has won.  Every single one.  The only "victories" Bruce has are moral ones or ones like "Supes was trying to capture him and didn't."  To hear them talk, you'd think these ended with Batman standing triumphantly over a broken and blood Superman while holding a shard of kryptonite.

Some of the comics they quote as Bats having "won".  Holy shit.  Like Tower of Babel.  Ra's al Ghul steals Batman's plans for taking down the other Justice League members "in case any of them go rogue".  Judging by the effect on other JL members, these plans were designed to kill, not incapacitate.  For instance J'onn was given something that would cause a chemical reaction and make him burst into flame.  Fire being his big weakness.  All oxygen, even oxygen in water, would fuel the flames.  He was going to die in a fire.  Diana was tricked into fighting some hallucination that was a match for her in every way.  It was designed so the battle would never end.  And given that Diana would never surrender, she would just keep fighting until she died of exhaustion.  A modified version of Scarecrow's fear toxin was used to make Aquaman terrified of water.  Without water, he'd die in hours.  Superman's was being exposed to a synthetic kryptonite Bruce made.  Supes, unlike the others, survived on his own because the kryptonite wasn't fatal.  It merely incapacitated him temporarily.  After a few hours, he was roaring and ready to go, stronger than ever.

So to sum up, Ra's al Ghul, not Batman, fights the JLA.  The plan to kill Superman fails miserably and serves only to piss him off.  Batman fanboys count this as a win for Batman.  How?  Fuckin' got me.

How about Dark Knight Returns.  This one is touted the most.  Batman takes on Superman.  Superman is just trying to capture, not kill, Batman.  First off, Superman is greatly weakened because he just took a hit from a thermonuclear weapon.  Not just a nuclear weapon, a thermonuclear weapon.  If you're not familiar with nuclear weapons, this is the difference between a BB gun and a Browning M2 heavy machine gun.  Okay so weakened Supes engages Bats.  Green Arrow is helping Batman and shoots Superman with a kryptonite arrow.  Okay, can I stop you right there, Dark Knight Returns?  Arrows travel at 150-200 mph.  Xena: Warrior Princess can catch arrows.  Superman, weakened by a nuke or not, will not be hit by an arrow.  Period.  But okay, let's go on.  Batman is wearing a fancy mech suit, basically the Hulkbuster for Superman.  Bats gets a few nice punches in, and that's what Batfanboys will show you when talking about the comic.  But overall, Supes is fine, Bats is savagely beaten, broken ribs, ect.  He fakes a heartattack and pretends to be dead because he realizes the effects of the nuke and kryptonite are wearing off.  Superman is about to return to full strength and funtime is over.  So to sum up, Supes was hit with everything from kryptonite to hydrogen bombs, Bats had every advantage he could think of, and it ends with him having to try to hold in the urge to cough up blood so he can fake his death.  Sure, Batman "won" in the sense that he was trying to get away and he got away.  But if that's the measure we use, the Joker beats Batman almost every fucking time.