Something happened...... During the Reaper War, The galaxy was unified and the final battle to defeat the Reapers was being waged in the Sol System, Circa 2186. Armed with the largest and most unified coalition the galaxy has ever witnessed and the mysterious "crucible" and led by Commander Shepard, it seemed like Victory was possible against the Mighty Reaper Horde of Darkspace.

But during the final stages and events of the battle, something...... Went wrong. The crucible failed  to fire and/or was rendered useless, the Reaper Armada was destroying the coalition and the military's of the galaxy were facing incredible loss and devastation.

Always the clever tactician, Admiral Stephen Hackett of the Earth Systems Alliance, put into effect the ultimate back up plan.

For years The Earth system Alliance and with the help of Salarian STG and the infamous "BlackWatch" Turian Spec Ops unit, have secretly developed a Time Travel device, capable of sending ONE operative back or forward 100s or years. The technology is untested, but there is no choice. Knowing that the cycle was lost and Shepard was incapacitated or KIA. Hackett greenlights "Operation Rouge Spear". 1 N7 operative is sent through the device in hopes of preparing the galaxy and finding out what happened in 2186 at the to crucible device......


But.... Something has gone astray. The subject awakes to a unidentified star system that matches NONE of the systems of his/her Cycle.


The main narrative and storyline is you're the "Hero" and you must find a way back to the correct place and time. But along the way you find that things are not all what they seem..... And there may be even a more sinister and viscous force "out there" than the Reapers ever were....... 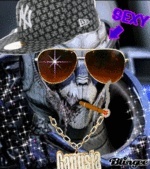 I've been thinking about that Crucible component that affects space-time or some such. Maybe the Crucible being set off caused a time rift of sorts which propelled our hero into the next cycle.

Also, rouge spear as in red spear? Or rogue spear, as a typo?

Better for Scary Door but:

-Play in next 'Cycle'
-Ride a fuckin 'Reaper' of sorts (I'm not letting this idea go! At least until Bioware makes it very clear that it isn't happening)
-Visit events (via virtuality) via Reaper-tech to see the past and how things went wrong and right
-Explore the present via vehicles to understand what's happening now and how to make things better/right
-Using lessons from the past and tools from the present, you can make the future awesome

Things are fresh but you can optionally experience the past and have characters from your past game carry over in small to moderate ways.

Oh, so you guys think it's possible and not full herp derp. Cool, I thought I might be the only one, lol.

I like "Rogue Spear", it's a fitting term for an operation like this. Truth be told, I kinda thought of Rainbow Six...... I cheated, lol.

I don't think it'll happen though. It's just something that occurred to me.
_________________
"A good leader is someone who values the life of his men over the success of the mission, but understands that sometimes the cost of failing a mission is higher than the cost of losing those men." - Anderson 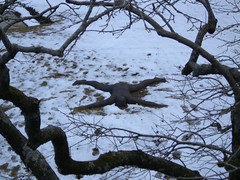